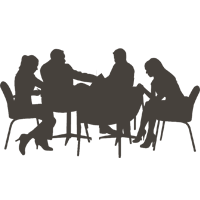 Picture the scene: it’s 2014 and we’re in the Bulgarian capital Sofia where a British executive working for a US private equity firm has just had an unwelcome surprise: a critical part of the strategic re-structuring plan he’s in the first week of directing is not going to work. By chance, he hears of a possible solution.

This leads to a meeting inside a vast but run-down, communist-era shopping mall with a local who doesn’t speak English but who literally holds the key to turning potential disaster into success. It’s still mid-morning but the scotch is already flowing, and a cigar has been lit.

This is the crucial moment Greg Russell vividly recalls when talking about his two-year stint as CIO and senior vice-president of transformation at Unify, a world-leading communications technology company serving 75 percent of the Fortune Global 500.

“Back then, Unify was owned by private equity firm Gores Group which had recently bought the company from Siemens. They had a plan to improve and sell it, which they eventually did in 2016 to Atos. I was hired by Unify’s CFO to lead an international restructuring of its back-office functions, focussed on finance and IT, he explains.

FROM PREVIOUS EXPERIENCE I KNEW THAT A DIFFERENT APPROACH COULD DELIVER SIGNIFICANTLY MORE; AND DO THAT NOT ONLY FASTER BUT SUBSTANTIALLY CHEAPER TOO
GREG RUSSELL

“As is often the case, once you begin these projects you see previously-hidden opportunities and Unify was no different. The firm’s legacy finance function was now outsized, so the original goal was to realise $12m of savings by reducing this and centralising it over a two-year period. It soon became clear that much more was possible.”

Unify had hired a big-four accounting firm prior to Russell’s arrival and it had prepared the business case to deliver these savings and a plan, which included new, leased premises in Bulgaria. Russell read the plan and had a different idea.

“From previous experience I knew that a different approach could deliver significantly more; and do that not only faster but substantially cheaper too,” he explains.

Russell’s idea had a much more ambitious target: $25m in savings, at one-third of the cost and in just 18 months. Key to the original plan was creating a new financial shared services centre (SSC) in Bulgaria and then migrating multiple, country-based finance functions into this central resource.

Meanwhile, the business-as-usual work of the finance team had to continue with minimal disruption. Design and delivery of this programme would be carried out by a hand-picked team of 15 specialist interim executives, not the more expensive Big 4 firm.

Russell is an interim executive himself, so has first-hand experience of the pace and capability the right interim team could offer. This is where Nick Diprose of Holdsway and Phillip Price enter the story.

“I was looking for the right interims for this team and a friend recommended I contact Nick Diprose. It quickly became clear that Nick is at the top of his game; someone who just gets it, who understands the challenges of these programmes and knows the right people to get the job done competently, without fuss. That’s how, in turn, I was introduced to Phil Price,” he explains.

Phillip Price is an ex-CFO turned senior interim executive specialising in finance transformation. Price was hired to manage the transition of finance functions from 14 countries (Europe and the US/UK) to the new SSC in Sofia. He also led the Record to Report process there.

Price arrived with considerable experience of similar finance transformation projects for blue-chip firms that include Wincanton, Bausch & Lomb and Readers Digest. He has also developed and uses a unique methodology to manage the most difficult and highest risk stage of any transformation or change project, the stabilisation phase.

However, Russell says that there was more than just experience behind Price playing a key role in his project’s successful delivery: personality:

“Phil has this very impressive record at a senior level but anyone who meets him will immediately find him disarming. He’s a great, natural relationship builder; someone with the most positive, no-nonsense and can-do approach to business. If we were talking about people who see a glass being half full or half empty, in Phil’s case the glass is overflowing! This made an enormous difference when we ran into the inevitable snags along the way, especially in our US finance operations.”

Price gives some examples of what he encountered in the US, the first country to migrate finance operations:

“An unexpected problem was that I discovered the monthly balance sheet reconciliation was hugely deficient. My team had to rebuild this, almost from scratch. If you don’t get this right, it compounds into a huge problem.

AN UNEXPECTED PROBLEM WAS THAT I DISCOVERED THE MONTHLY BALANCE SHEET RECONCILIATION WAS HUGELY DEFICIENT. MY TEAM HAD TO REBUILD THIS, ALMOST FROM SCRATCH
PHILLIP PRICE

“Normally you expect most trouble from the inter-company account and Unify was no exception. Nobody knew how this worked because the only person who did had now left the business. We had to call someone over from Germany to help. There was quite a big and unexpected write-off against the P&L as a result,” he explains.

Rewinding to the time of that first, strange encounter in a run-down Sofia shopping centre, Russell picks up the story:

“The SSC premises identified by the Big 4 firm was clearly way too small. It could seat 50 people at most, but we needed space for 300. In one of those moments of serendipity, I was introduced to a local real estate professional who was also looking for similar but larger premises for the same purpose. This contact mentioned that he knew somewhere that could be suitable and asked if I’d be interested. With no other immediate options and the need to act very quickly, I jumped at the chance.”

And that’s how Russell found himself meeting the colourful owner of an iconic, but run-down communist-era shopping mall situated in a prime, central location next to the Bulgarian parliament building. A deal was signed in less than a week, allowing a contractor to begin the fit out of one floor almost immediately.

Unify’s newly-created SSC went on to win Shared Service Centre of the Year at the Outsourcing Excellence Awards 2016, beating tough competition from companies including Coca-Cola, Cargill and AIG.

It was a symbolic and pinnacle moment in an extraordinary success story for Unify. But it is also a powerful example of what’s possible when, instead of using a Big 4 or any of the large consultancies, you hire a small, focussed band of senior-level interim executives.