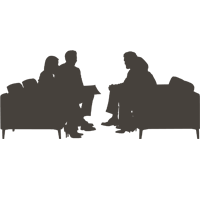 In most situations, the task would have been relatively straightforward for someone with MacKenzie’s experience. But De La Rue is in many ways a unique business.

Founded by Thomas de la Rue in 1813 as a Guernsey-based printer, today it is a global business based in Basingstoke with £493M revenue, around 2,700 employees and more than 1,000 registered patents. Known best for the design and production of bank notes and passports, De La Rue now offers related products and services. All of these are based on its unique, legacy expertise in identity and counterfeit management.

Most of its customers are central banks or governments, and typically conservative; a characteristic not lost on MacKenzie on joining the business:

“The De La Rue brand is one of the most extraordinary I have ever worked on, but the company mirrored its clients; it was distinctly understated, despite also being highly innovative. I had a new role with no established team or predecessor to follow and in a greenfield environment, so that too was quite unusual for me.

“While this brought advantages, it also meant marketing had no track record. Most people were probably thinking: ‘We’ve survived for two centuries without marketing, so why do we need it now?’ There was no real ownership of the brand. I also found very limited customer-facing market communications or carefully-considered relationship management activity.”

MacKenzie describes De La Rue at the time as a product and sales-led organisation, with client relationships left entirely to individual sales people. Emails to clients were infrequent and usually about routine sales appointments and orders.

Given this context, MacKenzie developed a three-year plan. This included refreshing the brand, driving thought-leadership content and introducing digital direct marketing to De La Rue’s clients for the first time. Building a basic lead-generation capability and getting to the point where the company felt comfortable enough to continue was an early priority. It was also a big step-change.

“We had no existing expertise or resource, and this was a time-limited project rather than an ongoing, full-time role. That’s why I decided to hire an interim executive. We needed a subject matter expert with technical know-how but also the experience to make it happen.”

“We’d worked together previously, and although I ended up briefing several interim management agencies to get a good feel for who might be available, I quickly came back to Nick, he explains.

“Nick stands out because he focuses on creating business value. He takes a strategic view and has a talent for identifying people who can get stuck in and produce results very quickly.”

Out of four people he met, MacKenzie chose Nick’s recommendation of interim marketing expert Crispin White. White had the necessary mix of pragmatism, clarity and experience. He also had the personality and emotional intelligence to fit in at De La Rue. But equally important, MacKenzie felt White could help him build belief in marketing as a force for good.

“This cultural fit was so important because at that time the organisation was quite risk-averse and not at all marketing literate. Nobody knew anything, client relationships were paramount and people were suspicious of introducing email marketing. It was an unprecedented situation for me. We needed to quickly build capability, then demonstrate high-profile evidence of its value,” explains MacKenzie.

THE DE LA RUE BRAND IS ONE OF THE MOST EXTRAORDINARY I HAVE EVER WORKED ON, BUT THE COMPANY MIRRORED ITS CLIENTS; IT WAS DISTINCTLY UNDERSTATED
ROBIN MACKENZIE

Shortly after White built the firm’s lead-generation capability, a perfect opportunity arrived in the form of DLR Analytics. This is an innovative new SaaS product created by De La Rue’s prolific research and development team.

DLR Analytics allows central banks to make data-driven decisions to improve how they manage banknote demand, circulation and lifecycles. It is the first product of its kind and expectations for its forthcoming launch at a global Currency Conference were rising. Crispin White describes what happened:

“This conference gave us the chance to use a classic new service launch strategy. This included De La Rue’s first-ever integrated marketing campaign. As part of this I created fourteen emails timed over two months to land before, during and after the event. The campaign aim was to create awareness and interest in becoming pilot-users pre-conference, generate visits to the company exhibition stand, secure demonstration requests and ultimately create leads that converted to sales.

“Out of a target list of 20, the product development team had cautiously estimated they would be happy with between three and five central banks signed up at the event. But the launch plan secured 16 before the conference even started, allowing De La Rue to announce this fact at the event, and driving a further 14 customer sign ups.

“It worked like a dream; we smashed the competition. Competitors were standing around in empty rooms while De La Rue’s was bursting at the seams talking to people, demonstrating the product and signing up customers.”

Robin MacKenzie and interim Crispin White now had everyone’s attention and the belief they needed to continue their remit of professionalising and modernising De La Rue’s marketing. Today the business has 70 DLR Analytics users, around half of all central banks globally.

IT WORKED LIKE A DREAM; WE SMASHED THE COMPETITION. COMPETITORS WERE STANDING AROUND IN EMPTY ROOMS WHILE DE LA RUE’S WAS BURSTING AT THE SEAMS
CRISPIN WHITE

White’s assignment and remit was extended, and the company went on to embrace digital marketing further. Today De La Rue deploys a full range of techniques that include the creation of thought-leadership, video, social and traditional media content. With a 200-year history, a prolific innovation culture and a growing willingness to experiment in headline-grabbing initiatives, the company is not short of compelling stories to tell.

As a result of the revised marketing strategy, De La Rue is reinvigorated and more customer-focused in its marketing and communications. It is also now self-sustaining thanks to the experience of interim management provider Nick Diprose and the skills transfer and legacy left behind by interim marketing expert Crispin White.