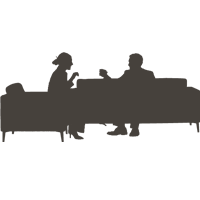 An Interim Finance Director Mitigates A ‘Triple-Whammy’ Scenario For Belron

The departure of a key executive often leaves a hole in an organisation and can take many months to fill. If it coincides with two strategically-important corporate events the problem is magnified. This was the ‘triple-whammy’ situation Belron’s Dave Meller found himself in mid-way through 2017.

Meller is support services director of the €3.3 billion vehicle glass repair and replacement business, with responsibility for finance, legal, and human resources.

“We were in this very tricky situation where we had a leaderless, 40-strong finance team in our French subsidiary, Carglass. To put this in context, it’s the second largest of the 34 countries we operate in. That was a big-enough problem in itself. But it also coincided with the decision of our majority shareholder to sell a 40 percent share of the Group. On top of this, we’d recently bought a strategically important new service business in the country as we are trying to extend our services into new sectors. The timing of these three events couldn’t have been much worse,” says Meller.

The situation clearly demanded a fast solution. Meller knew from experience that an interim finance director would give Carglass the temporary resource it needed. Hiring an interim would also allow recruitment for the permanent role to continue without undue urgency to ensure not just the right calibre but also the vital ‘perfect fit’.

Nick Diprose is just so good, in terms of listening to what you want, assessing the situation, understanding the kind of resource you need and then finding exactly the right person. There was no question about who I should call first.
Dave Meller, group support services director, Belron International

In contrast to these difficulties, the decision to brief Nick Diprose of Holdsway was easy, Meller explains. “I’ve known Nick for about twenty years and have used him regularly over that timeframe. He’s just so good, in terms of listening to what you want, assessing the situation, understanding the kind of resource you need and then finding exactly the right person. There was no question about who I should call first.”

Belron wanted a French national for this Paris-based FD role, which meant Holdsway briefed MPI Executive, its international network partner in France. But Belron also sought someone with international experience, who could successfully navigate the sometimes-thorny path between French and Anglo-Saxon business cultures.

Within two weeks Meller and his country general manager had interviewed three potential interim FDs, two of them Paris locals sourced via Holdsway partner MPI Executive. But their final choice turned out to be Jean-Louis Eude, a first-time interim based in London.

“Jean-Louis quickly built trusting relationships locally and at HQ level. He also brought clear and confident leadership to the day-to-day finance operations. That aside, we had to finish integrating the acquired firm, work towards our financial year-end and manage multiple demands from potential investors during the share sale and eventual transfer. “It really was an exceptionally busy period. Jean-Louis was a great asset to me and the local executive team during a very testing few months.”

Asked to sum-up Eude’s contribution to both roles at Belron, Meller says: “Stability is the first word I’d associate with Jean-Louis. He brought this really strong level of solidity and a sense of great calmness under considerable pressure. We had a lot of plates spinning during his time in Paris and Jean-Louis made sure none of them came crashing to the ground.”

These two, Holdsway-brokered assignments have given a first-time interim a flying, seat-of-the-pants start and the perfect platform to continue building his new professional life as a senior interim finance executive. For Belron, they’re a further demonstration of the value high-calibre interim executives bring during periods of exceptional change and transition.